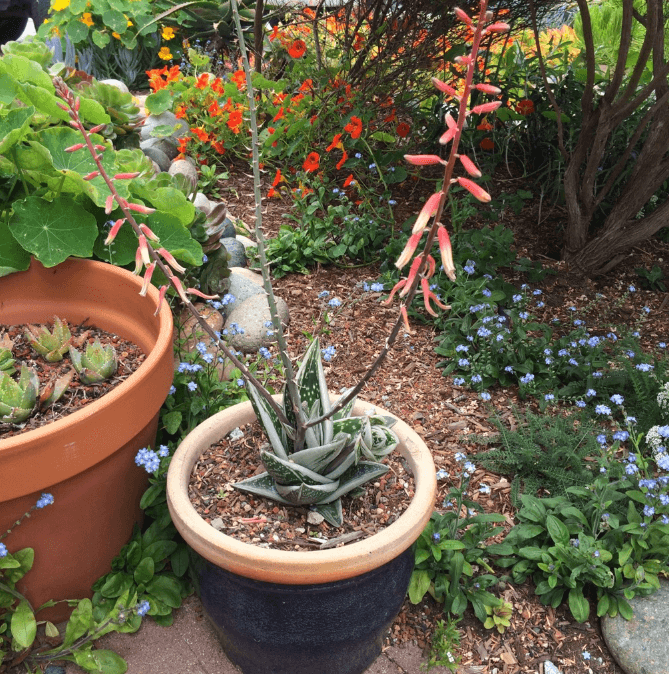 “Tell me which is your favorite.”

“Well show me something special.”

The Gasteraloe Green Ice in my garden is one of my favorites.

I’m often asked about my favorite succulent. I can’t narrow it to one plant, but there are some in my garden that always make me smile. Gasteraloe “Green Ice” is one of them. It’s a hybrid between Aloe variegate and a Gasteria called “Little Warty”.

Bigeneric hybrids are rare in the natural world, though they sometimes occur. More often they are the result of human intervention — mules are an example.

These days scientists use tissue culture to bring rare hybrids into cultivation.

Gasteraloe hybrids are easy to grow and happy with Bay Area weather as long as you provide frost protection. I was traveling in South Africa when I saw it in a botanical garden. “It’s a very old plant” my guide advised. It was three feet across and the succulent leaves formed a perfect spiral.

“And the offsets,” I asked, “what do they look like?” The small plants he showed me were still in a rooting tray.

“Some,” he said, “will spiral clockwise. Some will spiral counter-clockwise.” I had to use my imagination. “You must be patient,” he said.

I sketched a plant that was beginning it’s second year. It bore little resemblance to the parent.

He shook his head. “Poaching is a problem. We are losing these plants in the wild.” 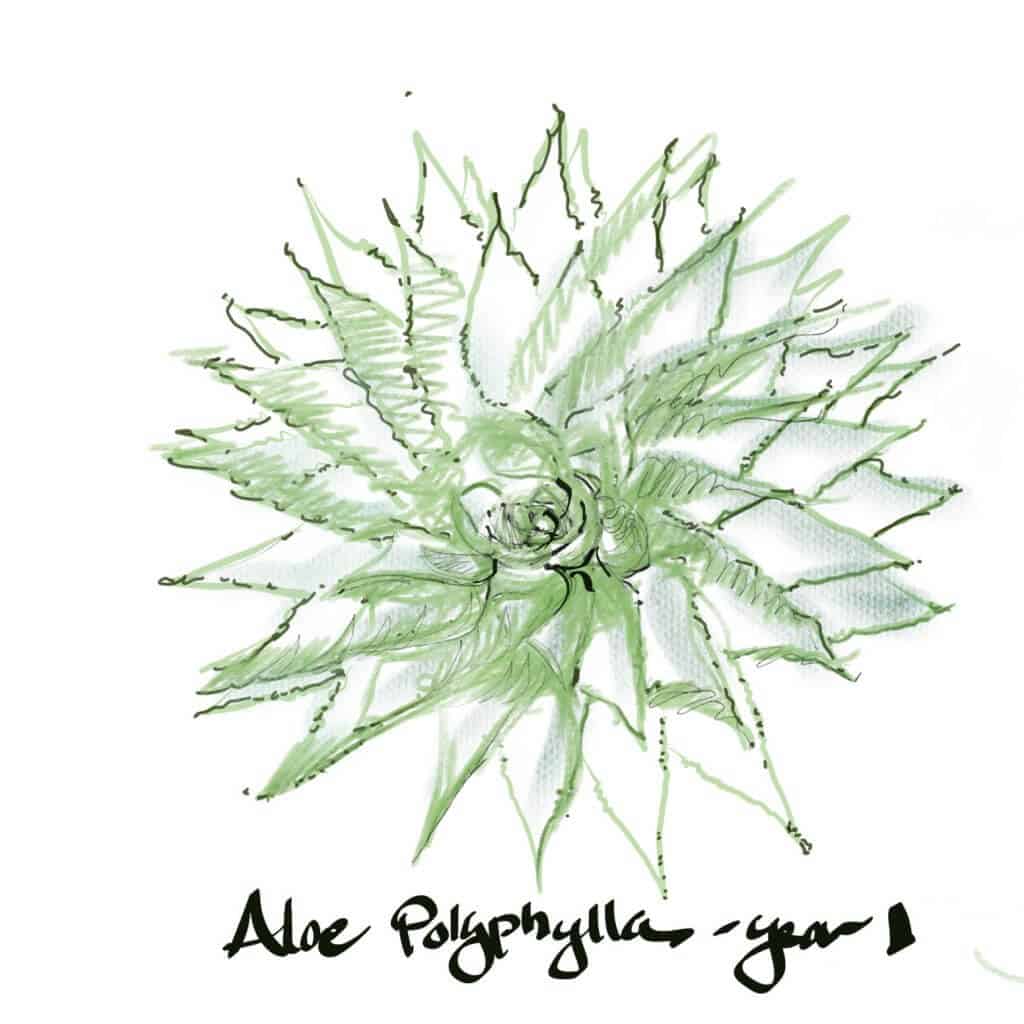 A beautiful addition to any garden, it’s native to Lesotho, a tiny mountainous kingdom entirely surrounded by the country of South Africa. The tightness of the twist will very by plant due to genetics and age.