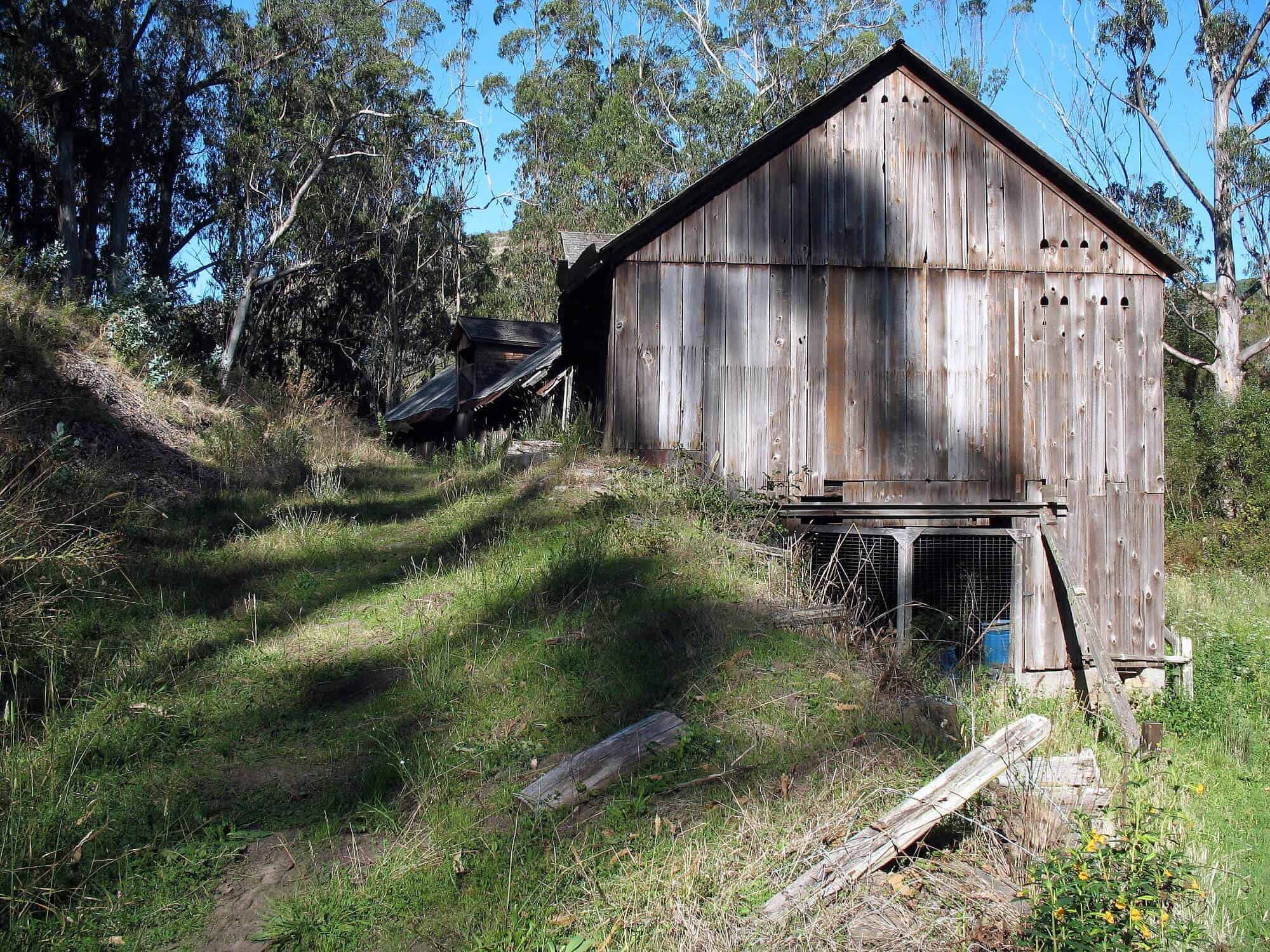 If you’re up for an interesting hike after your visit to Highway 92 Succulents nursery in Half Moon Bay, consider a visit to Burleigh Murray Ranch.

Access is from Higgins Purisima Road, which runs adjacent to the fire station on the south side of Half Moon Bay. Take it 1.6 miles east; you’ll see a park sign and small parking lot on the left. The path into the valley follows an unpaved ranch road – once you round the first bend, the sounds of modern life are muted. Let your imagination transport you to California in the late 1800s.

The old ranch road is the only trail in the park, and it follows the alignment of Mills Creek for just over a mile before approaching the historic structures the ranch is known for. Enjoy the lush riparian vegetation along the way; it’s easy to imagine why Robert Mills chose the fertile and protected place for his dairy. The landscape is as important to the story of the site as the structures; the rolling grasslands are reminiscent of the early days. It’s said that the eucalyptus grove windbreaks were planted by Mills himself.

So who was Mills? An Englishman who arrived during the gold rush and – like many of the men who prospered – wasted none of his time mining. Mills was a glazier – a tradesman who worked installing glass – and he was expert at his craft. He was paid handsomely for the specialty work he performed on famous landmarks, among them: the Palace Hotel in San Francisco and the William Ralston House in Belmont. He recognized the potential in rising real estate values on the peninsula and spent his earnings on the bay side before investing in coastal property. By 1862, he’d purchased the 1,100 acres along the creek that now bears his name.

Mills built a house, a barn and other structures, but didn’t live at the ranch. He leased it to immigrant English, Irish, Italian, and Portuguese farmers who left their mark on the site.

The most notable of the historic buildings is the barn, which is listed on the National Register of Historic Places. It’s remarkable in California for it’s construction against a hillside, but the English bank barn is common to the midlands of Mill’s youth. A natural or artificial uphill slope is essential to its construction. Hay is delivered directly into the upper level from an access road at the top of the bank. Floor hatches in the loft allow fodder to be dropped into the feeding bins below, saving time and labor.

Originally the Mills barn was 200 feet in length and capable of housing 100 dairy cows, but it was modified in subsequent years, and shortened by 35 feet. The foundation of the barn and other buildings on the ranch – including an un-reinforced arched stone bridge – rely on Italian masonry techniques dating back to Roman times. Stone masons who worked for Mills and stayed on site, were responsible for their construction.
The park is named for Burleigh H. Murray, grandson of Miranda Murray, who was Robert Mills’ widow. The property was held by the family for more than 100 years, until the estate of Burleigh Hall Murray donated it to the State of California in 1979. It is a living monument to early San Mateo County ranch life.

Today the Mills Barn and surrounding outbuildings are maintained by California State Parks in what is referred to as “a condition of arrested decay”. While the structures haven’t been improved or restored, the state has taken measures to keep them standing. It’s possible to look inside the barn, but it’s unsafe to enter. Several pieces of antique farm equipment are staged nearby; a newer farmhouse (circa 1930s) is used as a ranger residence. There’s a firing range for law enforcement personnel that is not open to the public. The park property is otherwise undeveloped.

The trail extends three-quarters of a mile past the barn before terminating at some old water tanks. The total round trip from the trail head is four miles. It’s an easy enjoyable hike, with interesting photo opportunities.

Burleigh Murray Park is open to the public daily from 8:00 AM to sunset. Parking is limited to ten cars. Two chemical toilets along the trail provide the only amenities.

Directions from the peninsula: take Highway 92 west to Highway 92 Succulents nursery and then to Highway 1. Take Highway 1 to the south end of Half Moon Bay and turn east at the fire station. Travel 1.6 miles to the trailhead.

There is no entry fee.