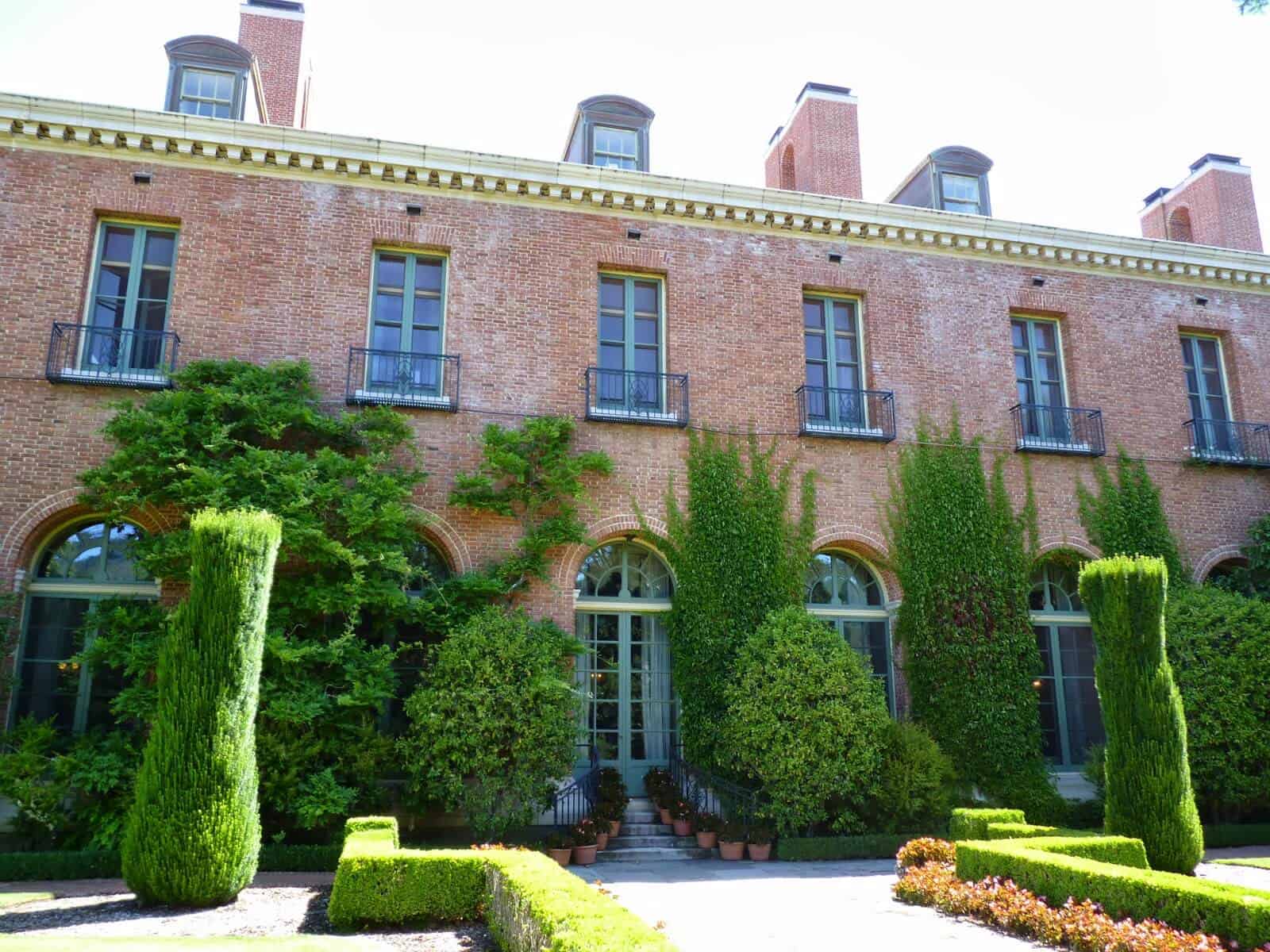 Garden lovers visiting Highway 92 Succulents nursery and Half Moon Bay, may want to save a few hours for a trip to Filoli.

Filoli was built in 1917, as a retreat for the Bourn family. Patriarch William Bourn II made a considerable fortune in astute investments that included the Empire Gold Mine, near Grass Valley California. The Empire became the largest hard rock mine in the state – and the most productive – continuing in operation until 1956. He also owned controlling interest in the Spring Valley Water Company, the privately held monopoly on the San Francisco water supply.

When it came time to join fellow railroad, banking and industrial magnates in the good life on the San Francisco peninsula, Mr. and Mrs. Bourn commissioned a multifaceted, design team to plan their home, including: Willis Polk, architect and Bruce Porter, artist, who was made responsible for the architecture of the garden. Porter, was a friend of the family with a reputation for fine interior design, murals and stained glass windows. His role on the Bourn project was to articulate garden “rooms” to compliment the floor plan of the house.

The collaborative effort between architect and garden designer resulted in an estate with interior and exterior spaces flowing seamlessly, and the plan is largely in tact today. Isabella Worn came to the project to create striking floral compositions within the framework of Porter’s structural plantings. Her work delighted visitors.

Known as “Bella”, Worn thrived at a time when women had little opportunity for formal horticulture training, and even less opportunity for a career in garden design. She excelled. She never stopped studying; she developed an outstanding knowledge of plants. She had a sixth sense for finding garden blooms that would become popular with the owners of the grand estates, and they’d showcase her flowers in arrangements throughout their homes. She recognized that the Bay Area was a fertile field for her business, but focused on the San Francisco Peninsula to attract elite clients.

Isabella Worn was herself born to a comfortable life. Her grandfather, James Ross, had immigrated to California in 1849 and acquired a land grant for Rancho Punta de San Quentin in Marin County. The town of Ross is named for him. Her father, George Austin Worn, married Annie Ross, in 1863. Affluent and secure, George Worn worked with his father-in-law as a business associate and eventually oversaw the family enterprises and properties, including a flourishing lumber business.

Daughter Isabella grew up loving plants, and because her family was well connected to San Francisco society, started her business engineering elaborate flower displays for lavish affairs. Her reputation grew quickly and the Bourns recruited her to work at Filoli. It was a good partnership; Bella preferred clients with enough money to fully implement her designs. She took on other clients too: she became an advisor and supplier to the well-heeled garden owners of Hillsborough, Woodside, San Francisco and Carmel Valley, who depended on her. She was even asked to select the decorative potted plants for inside their homes.

When the Roths purchased Filoli in 1937, Lurline Roth asked Bella Worn to stay on. Under Roth’s patronage, Worn diversified the garden with hundreds of camellias, rhododendrons, roses, magnolias and rare plants. Roth’s passion for the place and Worn’s ingenious designs gave the garden depth and texture. Roth adhered to Worn’s plans after her death in1950.

In 1977, speaking of their partnership, Lurline Roth said:
“Originally, Miss Worn did all the planting for the garden, under the direction of Bruce Porter, and continued until she became too busy with other work, and then she resigned. Later, Bella was able to come back and take-over again, continuing until she died. Under her guidance, I learned so much, as she made me feel that the garden was mine, which might be difficult for one in a supervisory position. We put in the swimming pool area and moved the yew allée back of the swimming pool from up near the orchard. We also did all the planting behind the pool.”

As the garden gained worldwide renown, Lurline Roth was awarded several honors, including the Distinguished Service Medal for the Garden Club of America, for her achievements as a collector and propagator of plants. The formal garden at Filoli is named the Lurline B. Roth garden in her honor.

In 1950, Isabella Worn’s death was morned by many of San Francisco’s most distinguished families, with whom she had worked. From Filoli, Mrs Roth wrote:
“I will always think of her in this garden. Perhaps it would make her happy to know how many loving friends she had. Everyone misses her. She spent her life doing sweet things for others; that was her way.

Isabella Worn brought enthusiasm, passion, and an artistic sense of color and design to her work in gardens and floral arrangements, bringing pleasure and delight to her clients who, invariably, became her loving friends.”

Today the 654-acre estate is a California State Historic Landmark, and is listed on the National Register of Historic Places as an outstanding example of early twentieth-century architecture and garden design. The garden is maintained by fourteen full-time horticulturists, numerous student interns and more than one hundred garden volunteers.

Highway 92 Succulents Nursery in Half Moon Bay is just 20 minutes away. Make a day trip of it!